In the early 1920’s the Robert Henry family developed this property into an 18 hole golf course named Maple Crest. Maple Crest was not a championship facility even when it was 18 holes, but had its loyal followers. In the mid 50’s the Illinois Toll Road Authority began construction on the Tri State Tollway reducing the size of the golf course. Because of this construction Maple Crest became the only 12 hole golf course in the Chicagoland area. (Photo of this unique 12 hole course is on display in the clubhouse) 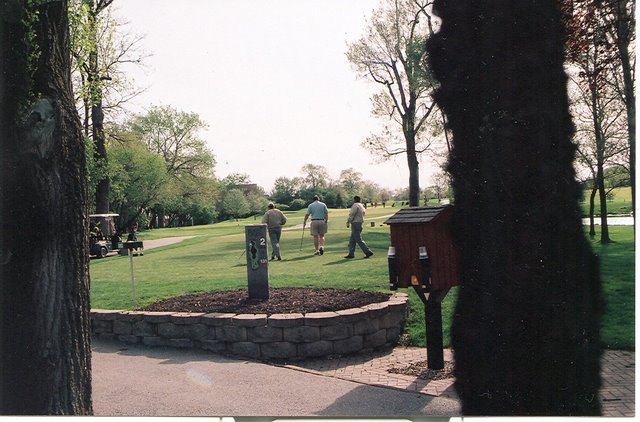 Designer Greg Martin plowed under all of Maple Crest’s 12 holes and came up with a 9 hole course that is interesting for players of all levels. There are no forced carries to scare juniors, women and seniors, but there are risks that the low handicapper can take. The course has four par 4s including the 403 yard ninth, four par 3s and the fifth hole a tricky 466 yard par 5.

Our gratitude to the Pleasant Dale Park District and the City of Countryside for making this beautiful facility worthy of being called home to all of our golfing needs.